Can the Northeast slash carbon and keep the lights on? 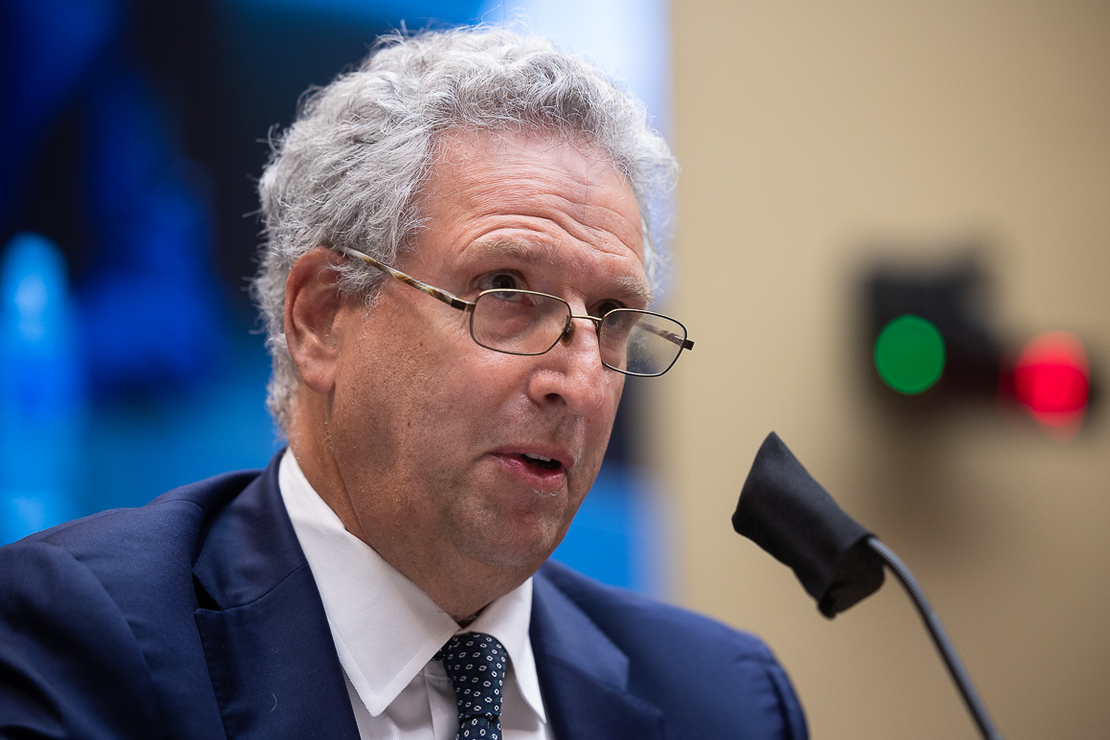 BURLINGTON, Vt. — New England needs to start pivoting away from natural gas to address its longstanding electric reliability issues, even as it leans on the fuel in the short term to keep the lights on, the head of the Federal Energy Regulatory Commission said Thursday.

Richard Glick’s comments came during an all-day conference aimed at solving a longstanding issue facing the six New England states: how to keep the power on during the depths of winter, when the region’s gas pipeline capacity is strained.

The region faces the prospect of an expensive winter in the face of surging natural gas prices, which have exposed its reliance on liquefied natural gas imports to balance the power grid during winter cold snaps.

ISO New England, the regional grid operator, recently issued a call to keep open an LNG terminal outside Boston that serves one of the region’s largest power plants. But Glick urged parties to think about other, long-term solutions as well, including the development of new power lines and clean resources such as energy storage and demand response.

“We have to talk about what else needs to be done, because relying on importing LNG, as we’ve seen world events over the last year, just is not a sustainable solution,” Glick, a Democrat, said. “We have to figure something else out.”

Thursday’s hearing played out amid heightened focus on the reliability of the country’s regional electric grids amid extreme weather and a changing resource mix. California and Texas have both struggled to meet surging electric demand stemming from searing heatwaves this summer.

Natural gas currently supplies about half of power in the six-state power market managed by ISO New England. But with much of the region’s pipeline capacity dedicated to serving heating demand on cold winter days, ensuring enough gas is available for gas-fired power plants can be a concern.

At the same time, New England states are pursuing increasingly ambitious climate plans. Environmental advocates have accused ISO New England of being out of step with those policies and promoting an overreliance on natural gas. The grid operator — which is tasked with ensuring the reliable flow of power — has denied those charges and says it is working with states to advance their policy goals.

Those tensions were on full display yesterday as representatives from energy companies, state regulators, climate advocates and others discussed the path forward for New England this winter and beyond.

In the near term, there is a clear “gap” in clean energy technologies that are available and can reliably replace natural gas on the system, said Charles Dickerson, president and CEO of the Northeast Power Coordinating Council, a nonprofit reliability organization. For that reason, the continued use of natural gas imports in the winter will be necessary, Dickerson said, echoing the earlier call made by the ISO.

“The region’s significant clean energy and electrification goals are challenging. They’re laudable, they make sense, but in the short term, they’re challenging,” he said.

In recent years, the commission has approved additional payments to Mystic Generating Station, a natural gas plant served by LNG imports, in a bid to keep the plant open and stabilize the region’s electric grid. But Mystic is currently slated to close when those payments cease in 2024.

Others noted the high price tag associated with importing gas, particularly amid the current surge in commodity prices. The price of fuel oil, which is used as a backup fuel at many natural gas plants in the winter, is also a concern. Some panelists said power plant owners were wary of completely filling their oil tanks in the face of high prices this winter in fear they would not need the fuel in the event of a moderate winter.

Renewables and a shaky grid

Rather than focusing on trying to expand gas infrastructure, there should be an effort to reduce New England’s reliance on the fuel, said Rebecca Tepper, chief of the energy and environment bureau at the Massachusetts Attorney General’s Office.

“We’re overly dependent on natural gas, and the entire region is at risk any time that we have some kind of disruption on that system,” Tepper told the gathering. “I think if you ask any consumer advocate in New England right now, they would say that their biggest concern is whether people are going to be able to pay their bills this winter. So, you know, the obvious answer to being too reliant is to diversify.”

The region is in the midst of an energy transition that will see new resources like offshore wind brought online in the coming years, she said. While offshore wind won’t solve all the region’s problems, it can “be a piece of the winter puzzle,” she said.

New England is unique among regions in the U.S. in that it receives imports of LNG, typically in the winter months. Those deliveries arrive at three terminals, one in New Brunswick and two outside Boston.

The worrying scenario for the region is one where demand for LNG outstrips the long-term supply signed by the Everett Marine Terminal near Boston, which provides almost 30 billion cubic feet of LNG to the Mystic Generating Station and a host of local gas utilities.

Yet many of the panelists said the region’s path for this winter is already set. Gordon van Welie, the CEO of ISO New England, said the grid operator had explored the idea of a winter reliability program but ultimately concluded that it could not craft a program that could make its way through the FERC permitting process.

The bigger question is how the region meet its long-term climate goals without jeopardizing the reliability of its power grid. Utility regulators from Connecticut, Maine, Massachusetts and Vermont urged FERC to press ISO New England to lead the analysis of the region’s grid, helping to identify the types of resources and solutions needed to green the grid and keep the lights on.

Some state officials raised the idea of creating a strategic energy reserve to ensure adequate resources are available to keep the lights on while the region pursues an energy transition. Yet many of the details remain to be flushed out, such as whether that concept would be implemented within the markets overseen by ISO New England, by the states or even the federal government.

It remains an open question of whether the region can move ahead. Dan Dolan, who leads the New England Power Generators Association, told the meeting that much of the discussion Thursday echoed a similar conference held by the commission in Boston a decade ago.

Glick said he shared the sense of deja vu. In the short term, the region needs to focus on how to keep the gas flowing and the power on. Yet in the long term, he said reliability efforts needed to match the region’s climate goals.

“As I said, it’s not sustainable,” he said in an interview about the region’s reliance on gas. “One of the reasons it’s not sustainable is because states aren’t going in that direction. And so we essentially have to buy enough time to get those transmission lines built, to get the offshore facilities up and running and some of these other programs, demand response, up and running.”

This article also appears in Climatewire.